Home Pvblic Life The Weeknd was royally snubbed at The Grammys The Weeknd was royally snubbed at The Grammys

They did Abel dirty

Despite the happy news, it seems that The Weeknd isn’t getting any love from the 2021 Grammys, even after the groundbreaking success of his fourth album ‘After Hours’.

Though it’s true that not everyone gets a Grammy nom, the snub comes as a surprise after the single ‘Blinding Lights’ peaked at #1 and eventually broke the record for most weeks in the top five of the Billboard Hot 100.

Variety reports that ‘we have never witnessed an omission on [this] level‘. 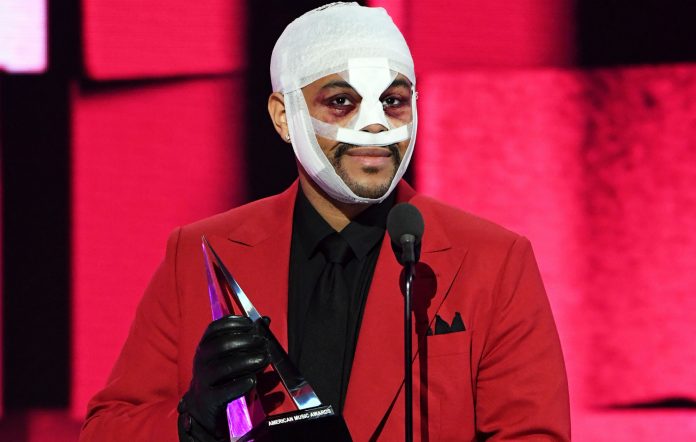 Meanwhile, the singer and his fans are well aware of the snub, as he recently called out the Grammy board for full transparency via Twitter.

‘The Grammys remain corrupt. You owe me, my fans and the industry transparency…’

The Grammys remain corrupt. You owe me, my fans and the industry transparency…

Meanwhile, TMZ reports that his upcoming Super Bowl show may be the reason for the Grammy cold shoulder, as he was apparently given an ultimatum to either perform for Super Bowl LV or the awards show this year.

Unfortunately, his final decision allegedly cost him the much-deserved accolades.

At least we got Bieber’s Yummy…? The Weeknd took ‘new year, new me’ to a freaky level