For the “Pink Movement”, the new kids who have just begun

For the people who were part of the emotional “Pink” rallies, whether physically or in spirit, we only have one request: Do not let the fire die.

The same fire that made us fervently go house to house, break our introverted shells to pop our patriotic cherries, and donate money, time, and effort to total strangers. That convinced us to invest our emotions and hearts in pushing for a better version of the Philippines.

Many of us are now disenchanted, unfriending those with opposing views to “keep their circles close,” refusing to lend services, and closing their doors to any future outside of the one they envisioned.

But we will request again. Cry, grieve, vent. But do not let the fire die. 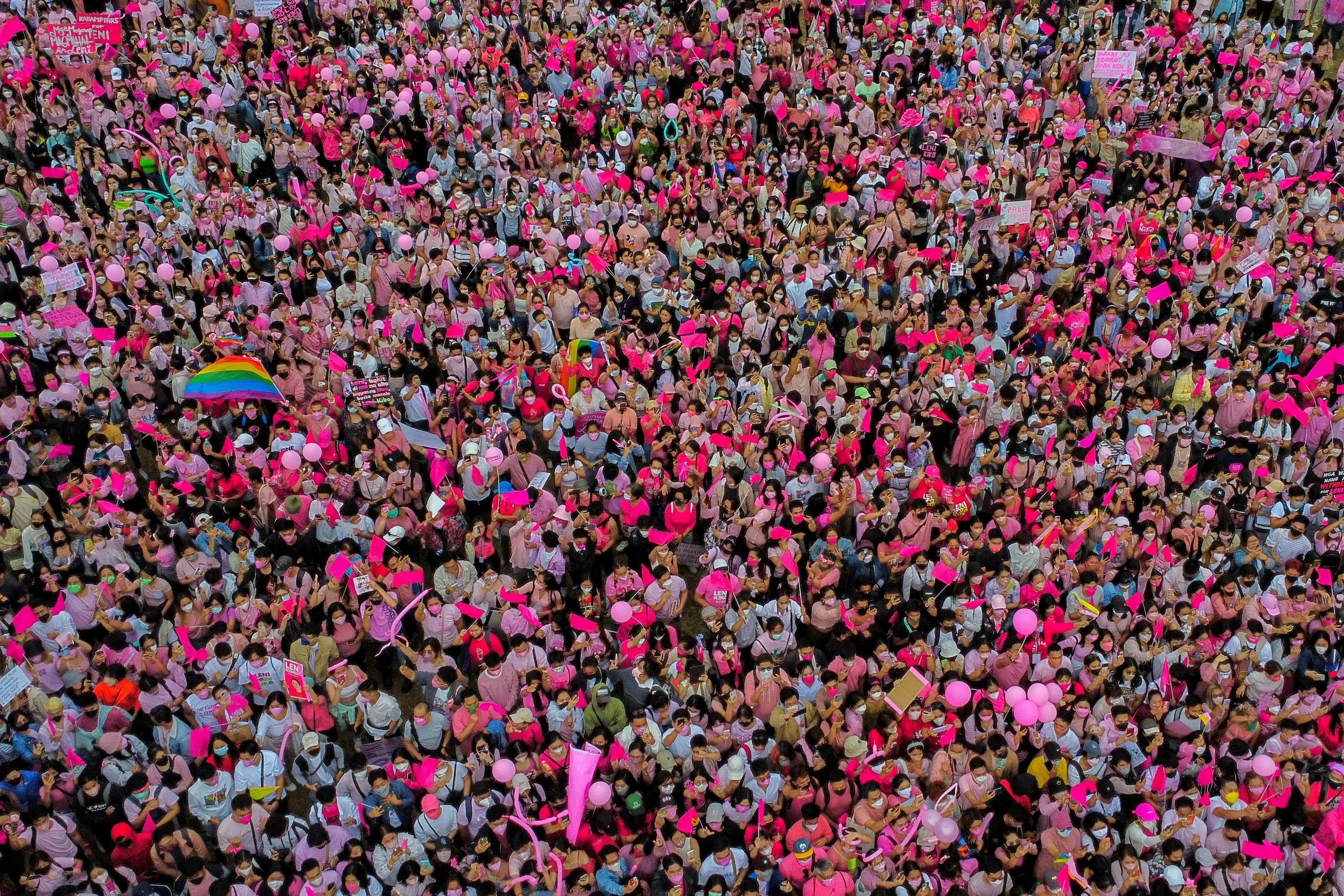 Much was written about the “Pink Wave”; it’s an unprecedented display of support, volunteerism, and unity. When we looked around Ayala Avenue during Robredo’s 780,000 strong miting de avance, we thought, “You can’t make this up.”

People from all walks of life are brimming with optimism and energy despite the tiring heat. The youth had a taste of what hope feels like. For their elders, a reminder of the next generation they are fighting for. Both saw a glimpse of the great things that happen when the Filipinos wake up and unite for a common cause.

A “Pink Movement” was born in May, regardless of the outcome. Not one dictated by someone’s legacy or the elite. But by the genuine support and innate goodness that is in every Filipino.

Based on the vote count, this movement is 15 million strong. Forever to be remembered in the history books.

Do not let it die. Learn from past mistakes by not building a last-minute coalition. As early as now, organize fact-checking efforts. Build a solid social media presence. Most importantly, secure a sense of community, inclusive of those with differing views.

We cannot be hermits, as proven by these elections. Give the majority a taste of the radical love that made you troop to the streets. Make them understand the future that you are fighting for.

It will be challenging and frustrating. Not everybody will listen. Don’t force people if they don’t want to. But give them something to think about for the following years. Remember, movements aren’t born during feel-good moments but rather during times of desperate change.

Then maybe, just maybe, we’ll see each other on the same streets, our dream now a reality.