‘She doesn’t want saving’: ‘The Boys’ on toxic masculinity

By now, we hear The Boys and expect blood, guts, sex, and c*nts. Season 3 is no exception. The series has honed the balance of unfiltered violence, satirical portrayals, and in-your-face social commentary, and it’s a thrill to watch.

Season 3 doubles down on one of the many traits that make Homelander (Anthony Starr) terrifying. The most powerful superhero wears toxic masculinity as he does that overcompensating costume. Meanwhile, Soldier Boy (Jensen Ackles) arrives with the backward principles of the past like a historically accurate Captain America.

The Boys are far from spared from the trappings of the male ego . Hughie (Jack Quaid), in particular, personifies toxic masculinity, becoming insufferable,

For Hughie, the best part is that it makes sense. 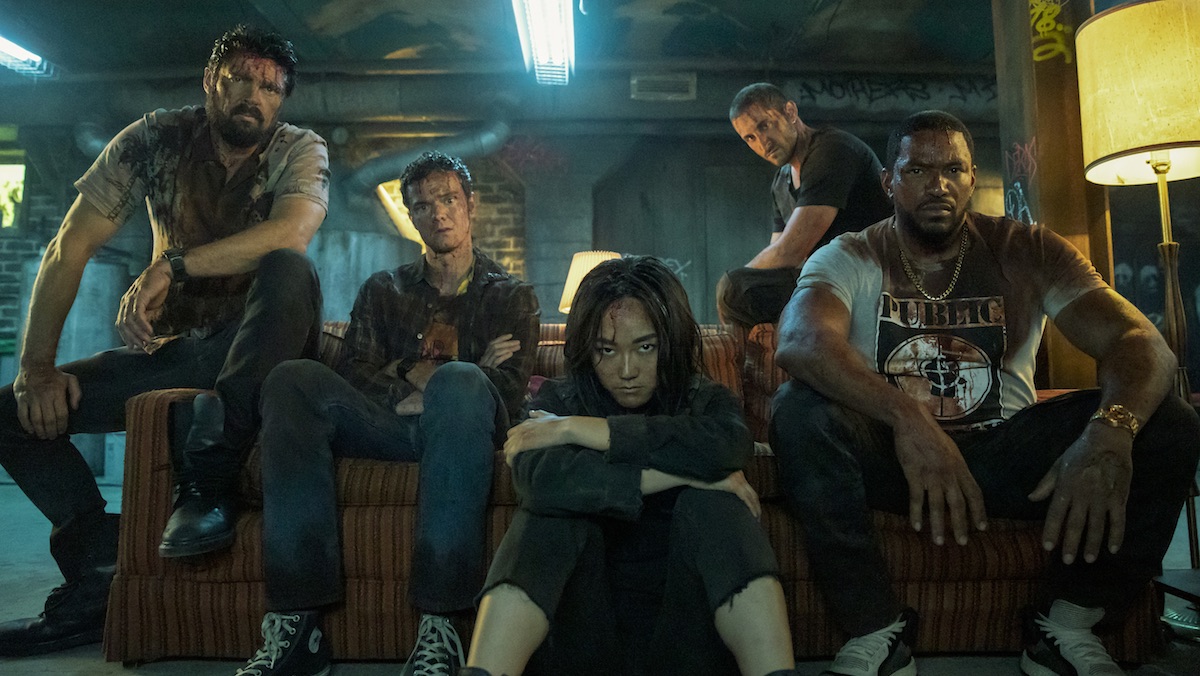 What it means to be super

Season 3 introduces Temp V – a drug that gives someone superpowers for a short amount of time. Side effects include but not limited to, as Butcher (Karl Urban) describes, amplifying the deepest parts of you, good or bad.

Hughie’s dark side turns out to be a desperate macho man. Wanting to be dominant, powerful. To “save a woman who doesn’t want saving,” showrunner Eric Kripke explains. Simply put, Hughie feels emasculated by being in a relationship with Annie (Erin Moriarty), aka Starlight, one of the most popular superheroes alive.

In Season 1, when Hughie and Annie first started dating, he’d assured he wasn’t like the other boys. He’d accepted their status quo; respected it. So are we surprised that three seasons later he’s triggered by not being able to open a jar without Annie’s help?

Not quite. Let’s go back even further. 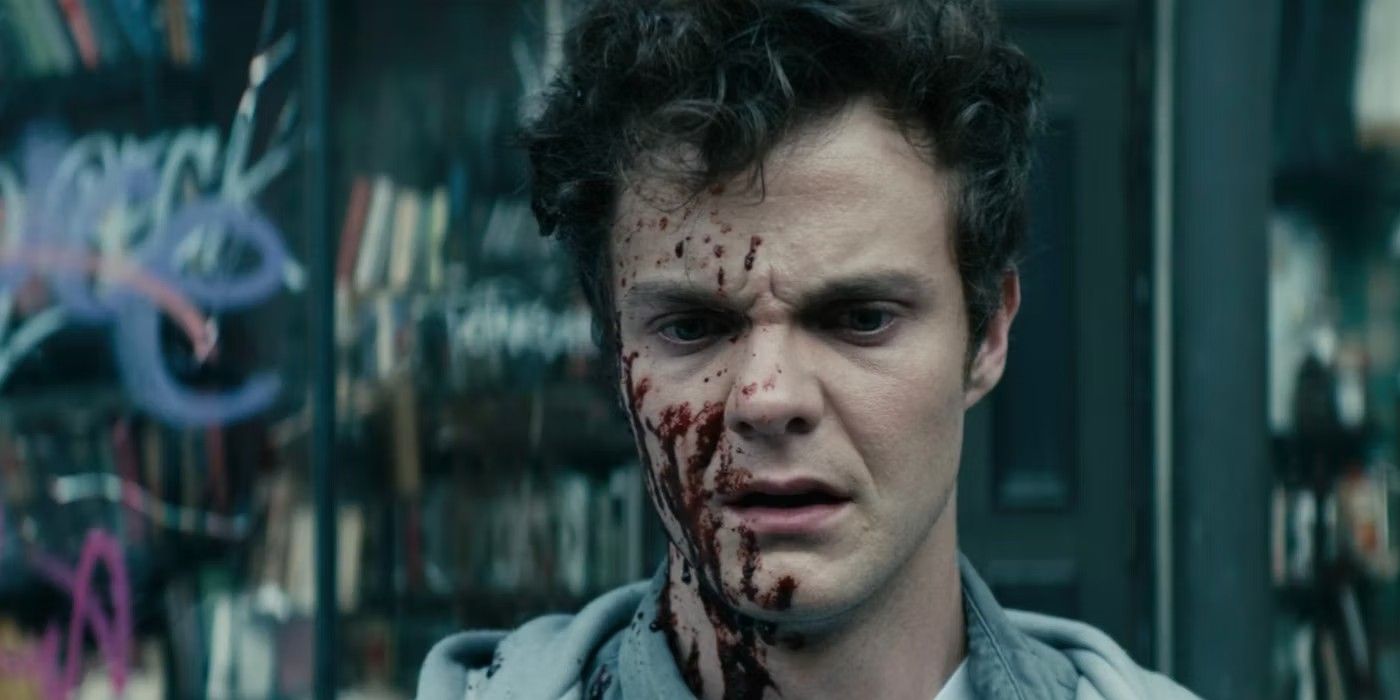 As the most ordinary member of The Boys, Hughie has grappled with powerlessness since the beginning of the series. Sure, he’s not short on enthusiasm and quick thinking but simply put, he’s as normal as can be.

When his girlfriend brutally died in his hands (literally), Hughie was faced with not just his own mortality but the inability to do anything. He only put on his big boy pants when Butcher came along.

Toxic masculinity on Hughie makes sense because he’s been surrounded by toughness, self-sufficient attitudes, and lack of emotional sensitivity. What’s more macho than a world of male superheroes flexing their strength? An egomaniac in power unapologetic for his actions? Butcher in all his commanding aura and trademark a-holeness serves as Hughie’s closest friend.

The Boys succeed in selling moral ambiguity because everyone believes their actions are righteous. Gaining superpowers didn’t grant Hughie his male fragility, but rather an excuse to give himself a higher purpose. Be a hero. Save the girl.

Jack Quaid says in an interview, “We know him as a good guy, and he still is, but I like him going into this morally gray area because the world forces his hand.”  Hughie becomes a proper c*nt. And we pity him for it. 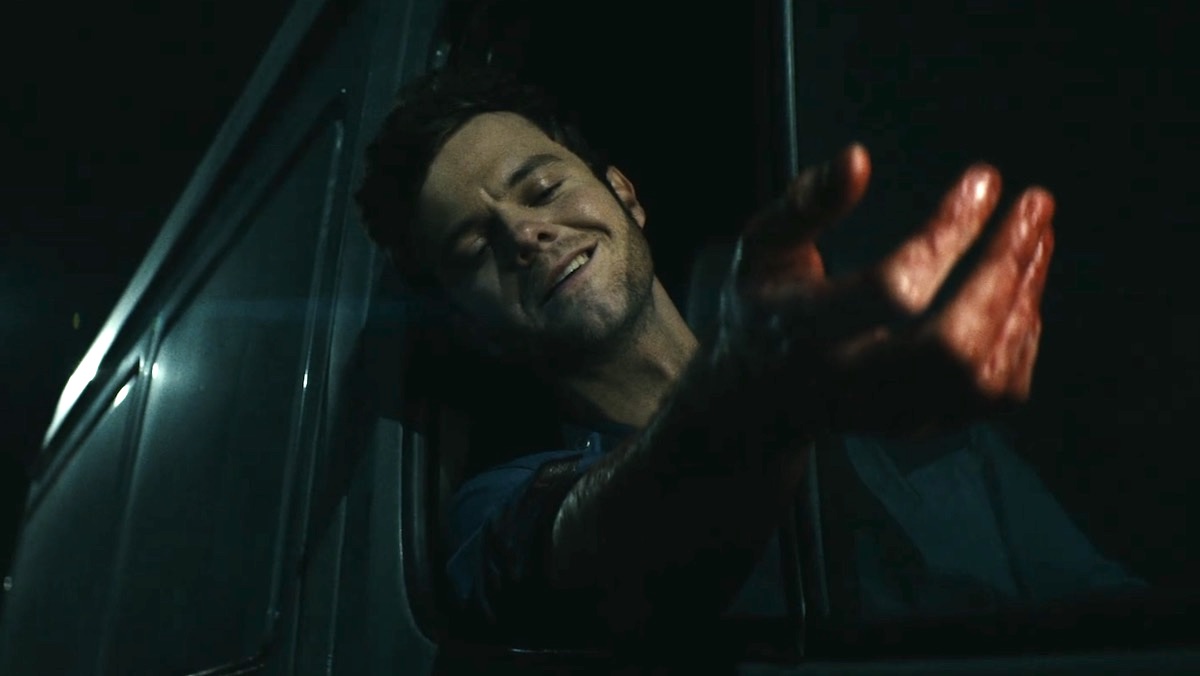 What it means to be strong

Redemption can’t be done overnight but Season 3 does it when it matters. After being left behind by Butcher, Hughie humbles himself to Annie. He admits not understanding strength, as he recalls his dad who stayed with him instead of fighting for his mom.

Toxic masculinity is nurtured by the world and people around Hughie. But like Temp V, it isn’t permanent because he chooses to change. It isn’t too late. For Hughie, it’s a defining moment.

The showdown in the season finale makes Hughie’s actions more meaningful. When he helps Annie from the tech booth instead of taking more Temp V to push back against Soldier Boy, we get a shot of Hughie’s face.

He isn’t afraid of being upstaged by a powerful woman, rather he’s strengthened by her. He’s satisfied and we are too.

That’s not the underdog loser we followed since Season 1. Hughie is a character who has grown in depth and solidifies himself back as the protagonist to root for – flaws and all. It’s a damn good pay-off.

More than that, aligned with the series’ determination to include harsh truths, The Boys portrays toxic masculinity in different forms and intensities.

Some wear capes; others ordinary. They offer the nuance that stereotypes ignore and by doing so, build in Hughie someone who we can hate and not be bored by.

But Hughie’s redemption shouldn’t be far from over. Who knows how he’ll stay true to his word? As always, The Boys Season 4 will be a bloody interesting continuation to look forward to.