BVLGARI recently unveiled its Eden The Garden of Wonders high jewelry collection in Paris. During the event, brand ambassadors such as BLACKPINK’s Lisa, Anne Hathaway, and Priyanka Chopra were present and their photos made rounds online.

While Lisa and Anne’s matching yellow outfits caught people’s attention, their interaction during the show’s front row also got the Internet curious. As seen in the photo below, it seems like the two are in a deep conversation – and you can’t help but wonder what they’re talking about.

The K-pop idol wore a two-piece set consisting of a cropped strapless top and a long-length skirt. The award-winning actress was clad in a loose-fitted shirt dress. Both of them had BVLGARI’s diamonds to finish their look. 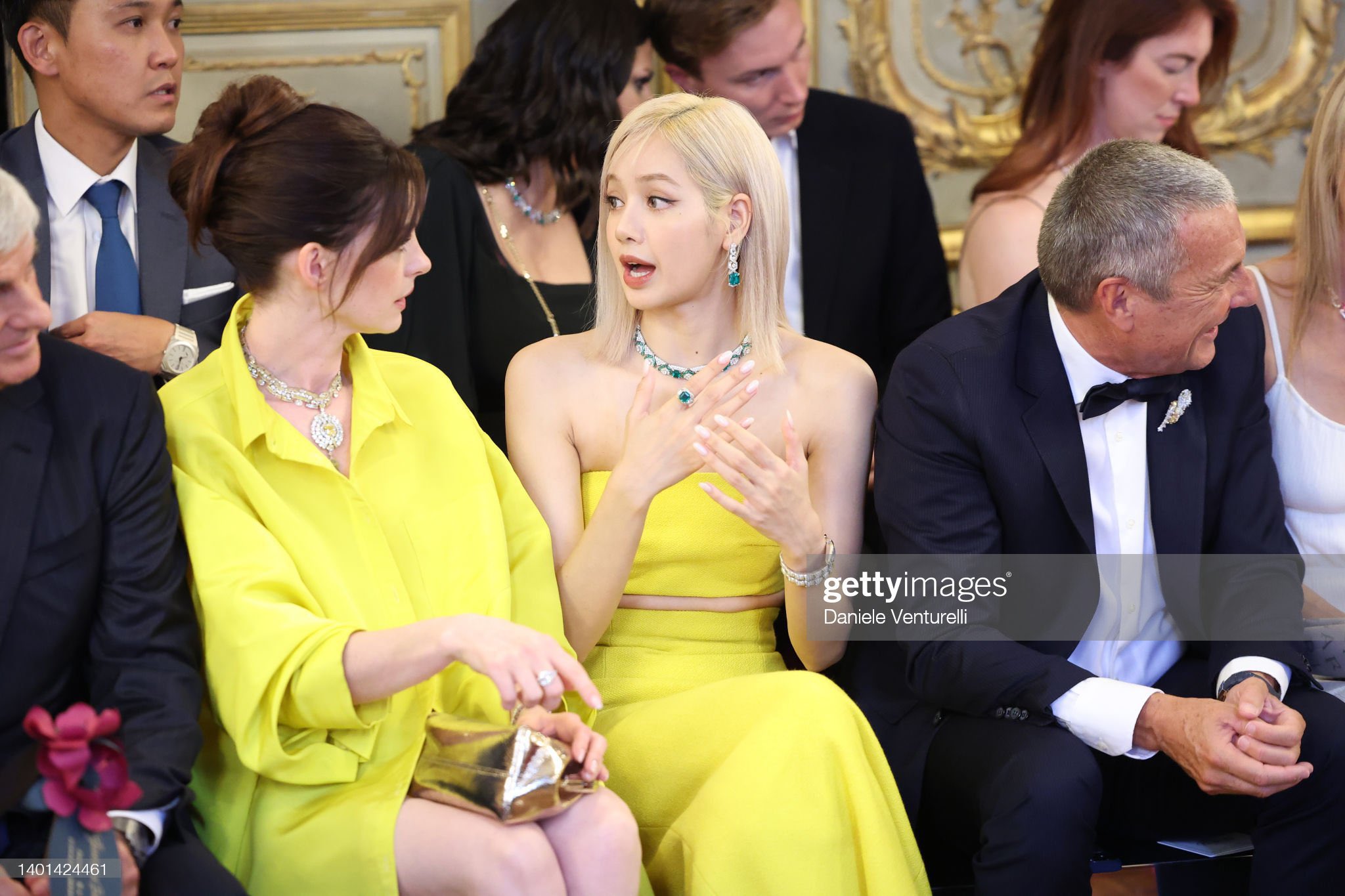 Meanwhile, Chopra was also seen hanging out with Lisa and Anne as well. She was wearing an orange Rasario sequin maxi dress and was also dripping in BVLGARI jewelry. While Lisa and Anne’s stolen images were turned into memes, their photos with Chopra received wholesome appreciation from fans.

On Twitter, BLACKPINK supporters or blinks playfully captioned Lisa and Anne’s photos as their “marites era”.  Being a marites is a way to describe people who keep track of issues or rumors that come up on social media.

Lisa also had a photo doing a letter “L” and fans joked that it meant “Let Leni Lead”, connecting it to a phrase often used during VP Leni Robredo’s previous campaign.

Lisa: Bestie I have some chika.
Anne: spill it bestie, I'm listening.

Lisa: we are the main event tonight
Anne: that's what I'm gonna tell you.