Whatever shall we do

After ‘shocking’ everyone with her split with long-time beau Travis Scott, E-News reports that Kylie Jenner has been spotted hanging out with her old-flame, Tyga.

However, E-News’ source clarifies that ‘nothing romantic is going on’. The meet-up happened during a girls-night-out organized by Kylie’s friends to help her keep her ‘mind off the news’.

The Daily Mail snapped the reality star and her friend entering a hotel called ‘The Sunset Marquis’, where Tyga was seen working in the hotel’s recording studio.

‘He was with a few of their mutual friends at Sunset Marquis and invited Kylie and her girlfriends to come hang out since they were already out.’ says E-News. 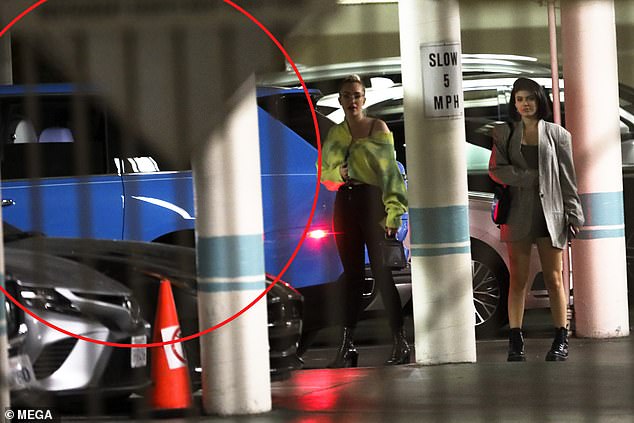 Despite being exes since 2017, Kylie and Tyga reportedly still keep in touch from time to time, although this doesn’t happen very often. Also, Hollywood is apparently a small town, as Tyga’s buds have mutual friends within Kylie’s inner circle as well.

Kylie Jenner and Travis Scott reportedly stepped away from their 2-year relationship after weeks of trying to work things out, with the two currently labeling themselves as ‘single.’