It’s the dedication for me

A study from online shopping company iPrice has found that K-Pop stans can spend as much as $1,422, or PHP 69,404.18, on merch from their idols. Talk about utter devotion.

iPrice got their info from international K-merch music stores KTown4U.com, CDJapan.co.jp, Target.com, and YGex.jp – with the BTS fandom (ARMY) beating out Twice fans (Once), and Blackpink stans (Blinks) in terms of fan sales.

Though BLACKPINK undoubtedly has a bigger fanbase than Twice, iPrice attributes their lower sales due to the fact that BP is a much newer girl group, since they only made their debut in 2016. 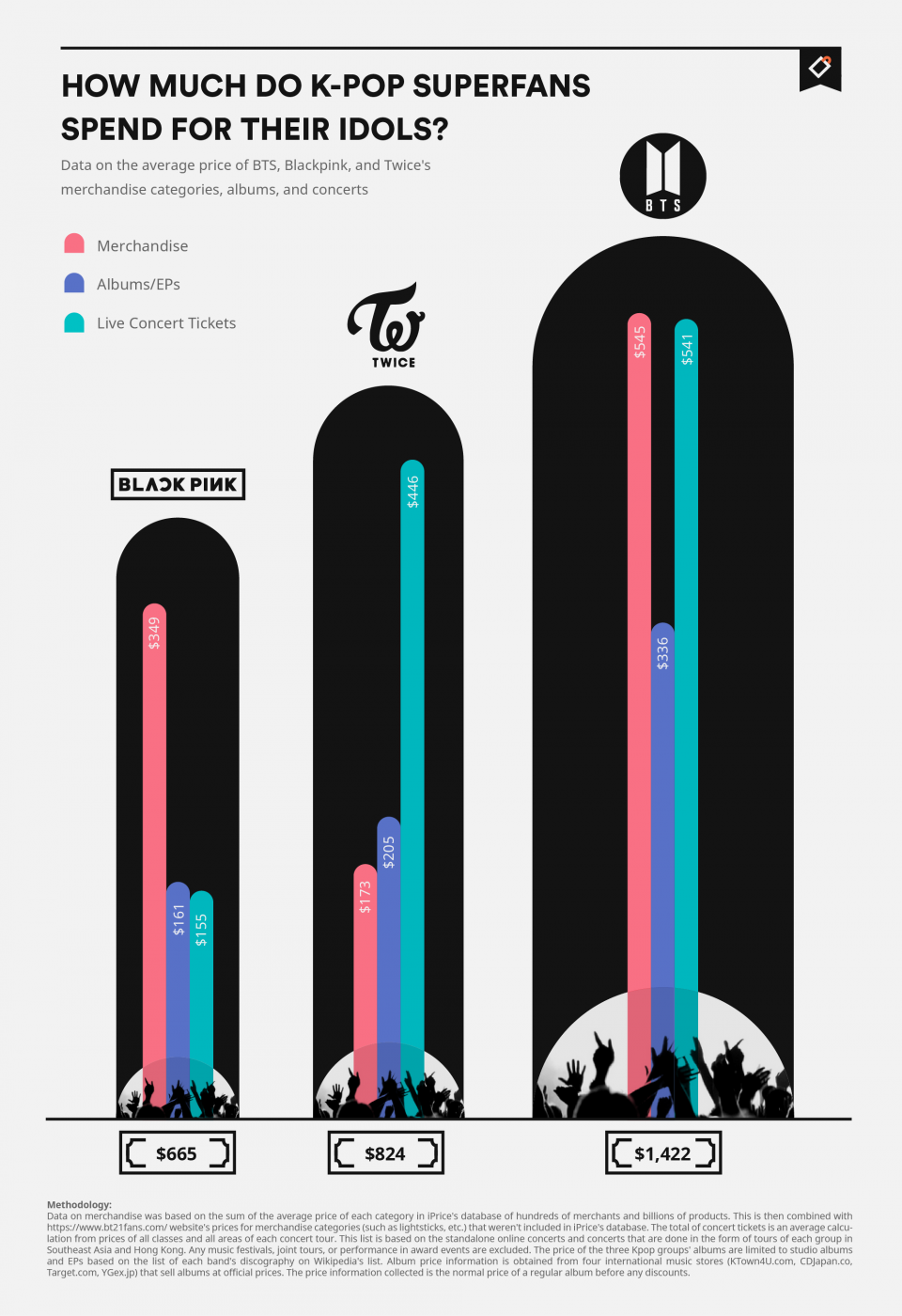 With Korean groups offering a variety of interesting merch like light sticks, fan cards, and beautifully detailed albums, it’s no wonder stans are shelling out just to get More & More of their idols.

Guess you can put a price on loyalty