If you’re like us and you went ‘Where’s Sam?!’ following the news of the iCarly reboot, then you’ll just be as disappointed when we heard that Jennette McCurdy has passed on a possible return to the role – and acting overall.

The 28-year-old dropped the news on her Empty Inside podcast while interviewing fellow actress, Anna Faris. According to McCurdy, who started acting when she was six years old,  getting into the biz was seen as the solution, sort of a ‘way out’ to her family’s financial problems.

As such, she accepted roles she felt were ‘unfulfilling’.

‘My experience with acting is, I’m so ashamed of the parts I’ve done in the past’, said McCurdy. ‘I resent my career in a lot of ways. I feel so unfulfilled by the roles that I played and felt like it was the most cheesy, embarrassing’.

McCurdy spent a good chunk of her teen years with iCarly, which ran from 2007-2012. She later starred alongside Ariana Grande in the short-lived spinoff, Sam & Cat, from 2013-2014.

‘My friends at 15, they’re not like, ‘Oh, cool, you’re on this Nickelodeon show.’ It was embarrassing. And I imagine there’s a very different experience to be had with acting if you’re proud of your roles, and if you feel fulfilled by them.’ 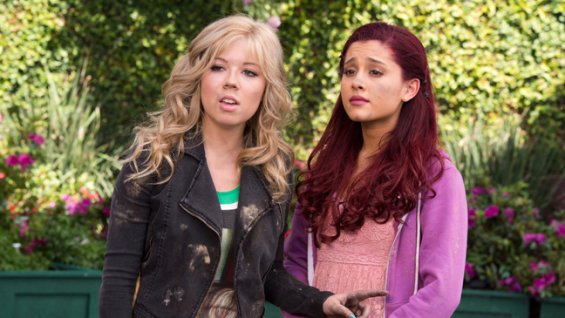 Nowadays, McCurdy finds satisfaction in writing and directing, with no plans to return to the acting set anytime soon. However, she does say she’s open to a comeback, if it’s a project with the right director.