Turns out, the world isn’t a big fan of Filipino cooking

In a survey released by UK-based, market research firm YouGov, Filipino food ranked as the 4th least-liked cuisine in the world, placing only ahead of Saudi Arabian, Finnish and Peruvian dishes. 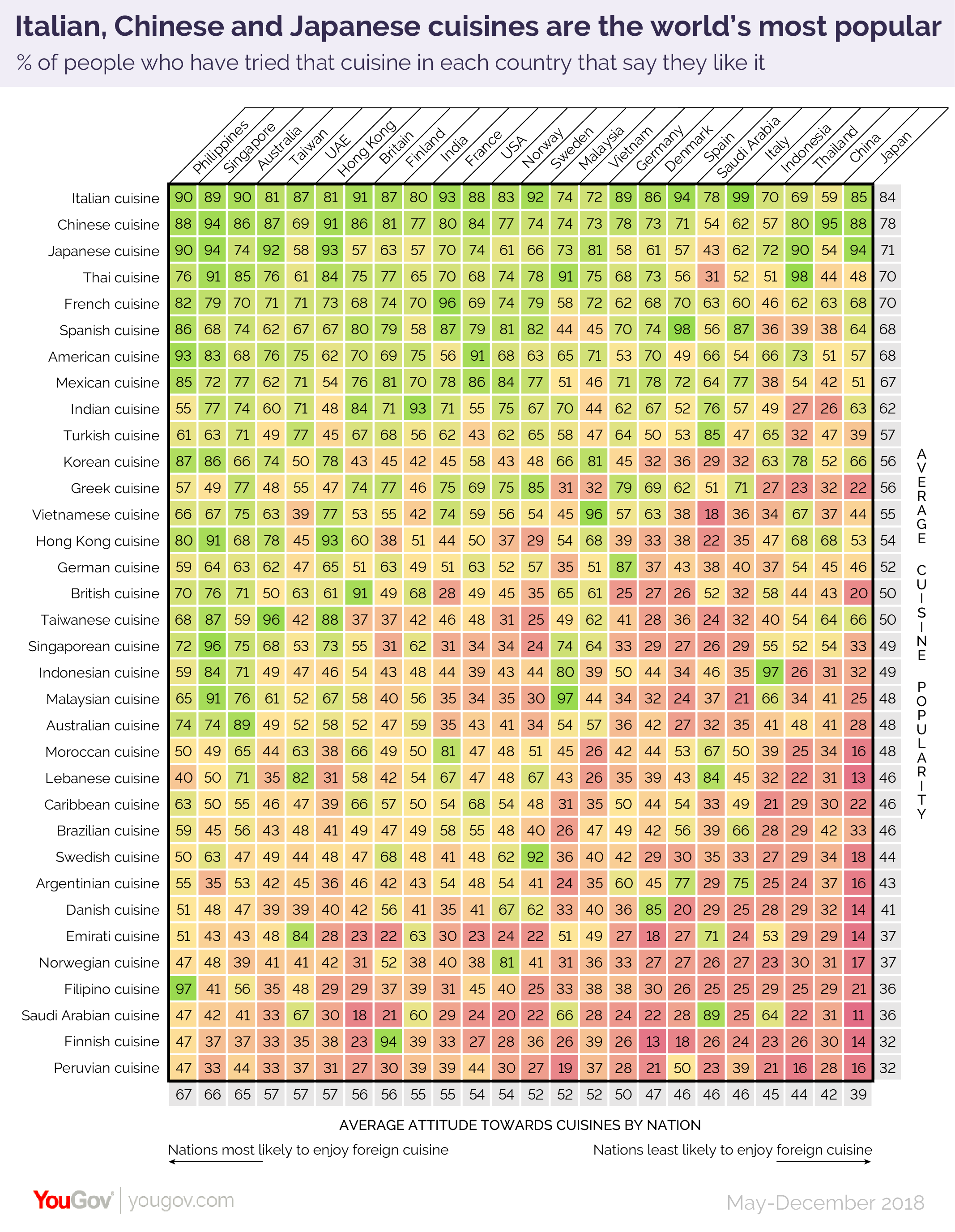 The respondents were composed of more than 25,000 people from 24 different countries. Italian cuisine is the most loved, averaging an 84% positive response, compared to our measly 36%

Filipino cuisine, unsurprisingly, received the highest rating from Filipinos themselves, with Australians trailing by a distant second.

The Japanese absolutely hate us (food-wise) as only 21% of them gave us a thumbs up – the lowest among all nationalities.

But even if the world hates our food, Filipinos ranked as the biggest patronizers of international cuisines, notching a 66% average, followed by Singapore and Australia.

What’s unclear, however, are the parameters of the survey. YouGov didn’t indicate if the food was served by locals themselves and not by foreign cooks, for example.

All in all, it’s nice to know that we’re still insanely patriotic, even if everyone else seems to disagree with us. Now excuse me while I go to my room and cry in sinigang.