‘Everything, Everywhere All At Once’ is for the Asian kids who can’t talk to their parents

I am not the same person I was before I watched Everything, Everywhere All At Once (EEAAO). The first thing I did after the credits rolled (other than bask in the post-cry afterglow) was to message my friends to tell them that they would feel seen in ways they’ve never had before.

EEAAO managed to capture the nihilistic dark humor, and the disconnect between parent and child that plague Gen-Z kids.

It is easy to feel incredibly small and insignificant in the grand scheme of things. EEAAO constantly bombards the audience with a reminder that the world is much bigger than our own little realities, so big that we could live a lifetime and still find something new and strange. We could never understand the universe in its expanse.

Sci-fi as a genre, for all its fantasticalities and quirks, can only be understood if there’s a human at its heart. In EEAAO, we take up a miniscule corner of the multiverse and make it our own.

The world is gigantic, and I feel small, but I feel lucky to be existing in the same corner as you. What gives life meaning is not its infinite possibilities, but just the one possibility of loving those that matter.

More than meets the googly eye

The film’s central conflict rests between Evelyn Wang (Michelle Yeoh) and her misunderstood daughter Joy (Stephanie Hsu). Joy struggles to be seen and heard by her mother at every turn.

She’s a tattooed college dropout, and a lesbian who wants her girlfriend Becky to be accepted into the family. A second-generation Chinese immigrant, she can barely communicate with her grandfather in basic Mandarin.

There is no doubt that Evelyn loves her daughter very much, but it’s clear to the audience that Evelyn can’t help but be initially disappointed at how Joy, and her own life, had turned out.

“Finally someone understood that I can do all these things.” – Michelle Yeoh #GQ #IconicCharacters #MichelleYeoh #EEAAO #EverythingEverywhere

By the time the credits rolled, we are left with the powerful message of empathy. It is messy to jump over generational gaps, and it sometimes feels like you have to tear apart the entire world for someone to see you for who you truly are.

All types of relationships aren’t easy. You can’t call it quits when it doesn’t work out for you. They should be purposeful and chosen, even if you are bonded by blood. It is tempting to run on autopilot, and keep conversations brief to “Have you eaten yet?” and “You’ve gotten fat.” Vulnerability is scary, especially between parent and child, but it is necessary.

I am not ashamed to say that this movie had turned me inside out and left me empty in a pitch black theater. My mouth tasted salty from the popcorn and my running tears. What broke me a bit more is knowing that that message might not ever be able to reach the older generations the way it does for us.

It’s both the best and worst way to convey the perfect story that connects us child disappointments with our strained parents.

I will live forever with the knowledge that the parents that NEED to watch this film might never see beyond its vulgarity. Emotionally vulnerable Asian parents are a thing of fiction, who would stay in films like EEAAO and Turning Red (2022).

Gen-Z and the lack of objective meaning

The main reason why this film would feel disconnected from the older generations is their inability to connect with our current fears of facing an uncertain future.

Gen-Z humor has two aspects: absurdity and nihilism. Basically, there is no hope in our lives so we have regressed into a comedic niche that only we can understand. Gas prices are rising, unemployment is at an all-time high, and many of us are living paycheck to paycheck. There doesn’t seem to be any hope for family planning, or big investments like house owning, down the line.

We feel like Joy, whose parents can’t comprehend why exactly she’s turning out so differently from what they dreamt for her. 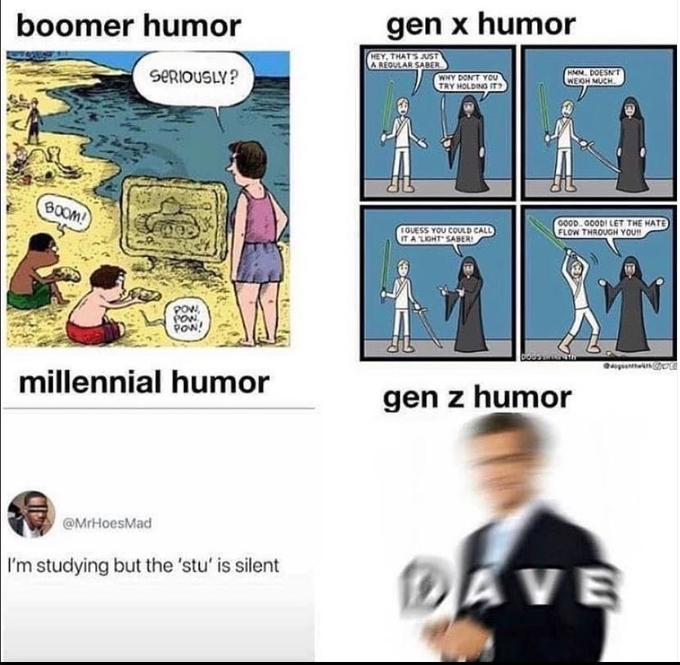 We grow up feeling like we have to have a big, ambitious goal for ourselves. What does it mean we lose sight of this goal? What happens, like in EEAAO, when our dreams lose their meaning?

There’s no point in working hard if you have nothing to actually work towards. As the stakes in the film rise higher and higher, the despair our characters feel is infectious. It’s easier to wish we were a rock. We don’t matter. We are a speck of stardust in an infinite multiversal expanse.

And maybe our parents would never understand that despairing lack of meaning. As Evelyn told Joy early on in the film “Oh Joy, you don’t really think that.”

What truly matters is that we continue to choose to be kind.

Even at the face of inevitable nothingness. Even if you can’t bring yourself to care about what happens to you.

The freedom granted by nihilism is that if nothing matters, then we can choose to do good and be kind just for the sake of it. We do not need some all-encompassing plan of God to show us the way. The world is crumbling at our feet, but we still have the little joys we come across in our days.

EEAAO takes you on a two-hour mindfuck, and leaves you remembering that you cannot exist alone. You might never be able to truly speak on what you’re thinking to your parents, but this movie understands what you want to say.

I don’t know whether that makes it better or worse.

Interested to see how your own inner insecurities and trauma mirror one of the many multiverse variants shown in the film? Take this quiz here: