During a recent interview on Ellen, retired NBA star Dwayne Wade revealed how he and his family show support for their 12-year-old transgender daughter, Zaya.

‘Me and my wife, we are proud parents of a child in the LGBTQ+ community, and we’re proud allies as well’, said Dwayne.

‘We take our roles and responsibilities as parents very seriously, it’s our job to give [our children] the best information that we can, the best feedback that we can. That doesn’t change because sexuality is now involved with it.’ 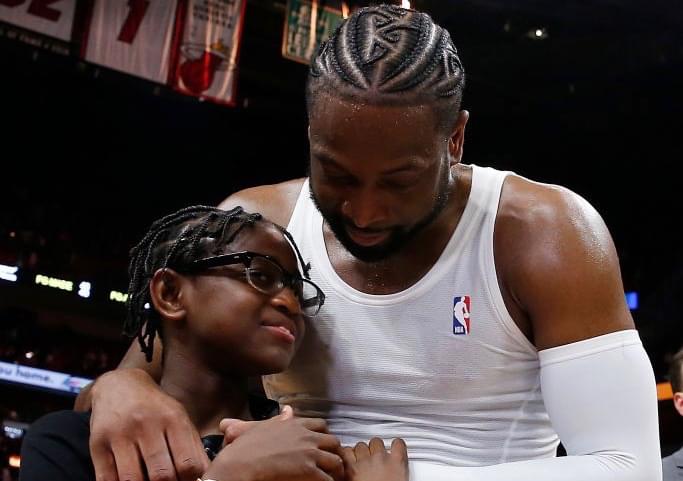 Dwayne then explained his and wife Gabrielle Union‘s course of action after Zaya (born Zion) officially wanted to be identified by she/her pronouns.

‘Internally, now it was our job to go out and get information, to reach out to every relationship that we have, my wife reached out to the cast of [LGBT series] Pose.’

‘We’re just trying to figure out as much information as we can to make sure that we give our child the best opportunity to be her best self.’

Dwayne and Gabrielle have long been outspoken about their support for Zaya and educating themselves on raising an LGBTQ+ child. They’ve also been working closely with LGBT youth organization GLSEN after Zaya’s transition.

‘I’ve watched my son, from day one, become into who she now eventually has come into,’ Dwayne previously shared in a 2019 podcast.