I think I speak on behalf of all 90’s kids when I say that Chucky The Killer Doll is scary AF. There’s nothing more terrifying to a 6-year-old than the thought of having his toys strangle him in his sleep. Up to this day, someone would have to pay me good money to watch ‘Child’s Play’ and its sequels – or its clones (*cough* Annabelle *cough*)

This nightmare briefly became a ‘reality’ when the horror icon became the suspect of a supposed child abduction case in Texas. An emergency response system, called an AMBER alert, was sent to locals warning of a red-haired 28-year-old child kidnapper named ‘Chucky’. According to the warning, he’s just a smidge over 3 feet and identifies as a doll.

His victim? A kid named ‘Glen’ who horror fans may recognize as Chucky’s son in 1998’s ‘Bride of Chucky’. If all of this seems too absurd – and scary – to be true, then because it is. 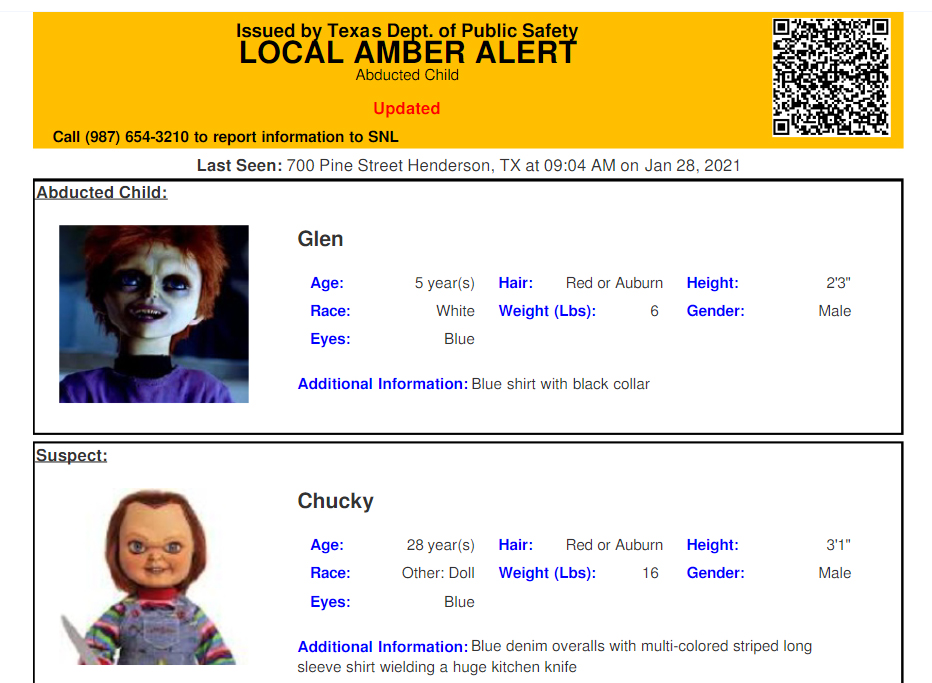 Apparently, the alert, which was sent to residents via email, was a result of a ‘test malfunction’ according to the Texas Department of Public Safety. That’s the usual excuse of state officials in movies, along with the lines of ‘military exercise’, so consider me a non-believer.

In any case, at least Don Mancini, the creator of the Chucky franchise, is having the time of his life over the reports.