Balenciaga enters the video game world with its Fortnite collab

Remember Kim Kardashian‘s all-black 2021 Met Gala ensemble? She was actually wearing Balenciaga from head to toe. While the designer brand has made other eccentric pieces throughout the years, their collaboration with Fortnite might not come as surprise for some. The two released in-game outfits and a limited-run collection IRL on September 20, Monday.

The survival game’s fan-favorite characters such as Ramirez, Doggo, Knight, and Banshee could step up their wardrobe with the Balenciaga Fit Set. The collection takes inspiration from the label’s latest runway designs. The styling options include gliders backblings, pickaxes, wraps, and many other accessories.

Inside the game, Fornite also included a community-driven lookbook campaign alongside the digital clothing launch. Located at the Strange Times Featured Hub is a Balenciaga retail store that’s similar to the brand’s brick-and-mortar locations. Billboards with sartorial imagery promoting the collab will be seen as well. 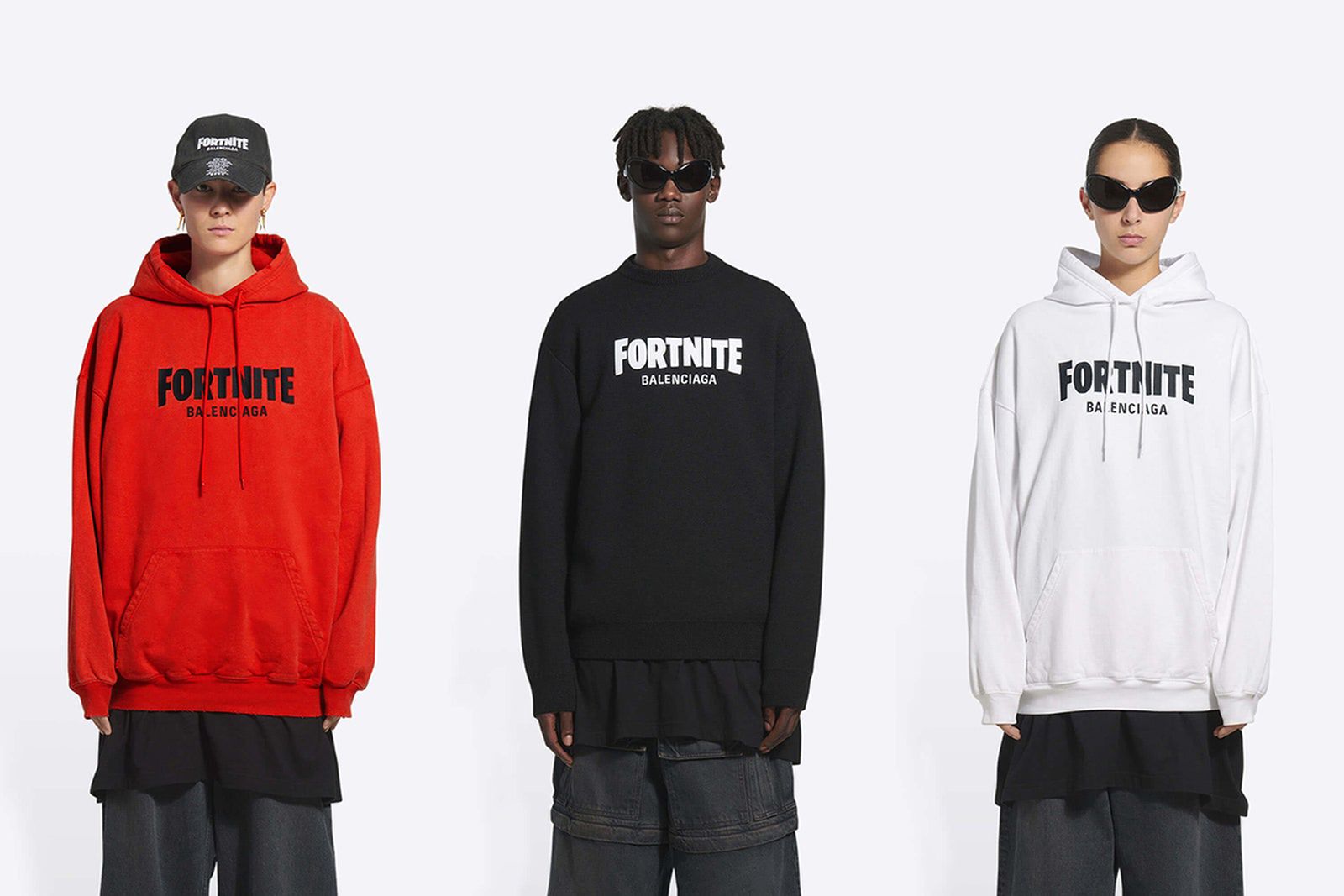 Balenciaga Art Director Demna Gvasalia explained in a statement that the partnership with Epic Games actually started with the brand’s first video game Afterworld, which was built with Unreal Engine for the label’s Fall 2021 collection. He added, ‘It made total sense, to me, that we collaborate further by creating these authentic Balenciaga looks for Fortnite and a new physical Fortnite clothing series for our stores.’

Epic Games President Adam Sussman shared that fashion has long been present in the game’s community, with players having the freedom to present themselves however they want in the Fortnite world. He said, ‘There couldn’t be a better first fashion partner than Balenciaga to bring their authentic designs and trendsetting culture to millions of players around the world.’

If you want to match your Fornite character’s Balenciaga fit, get your hands on the real thing when you check out the brand’s official website.